Some say this show is going to reflect how our lives are going to end up in the future. I have to say, I must agree.
Only because it is now becoming such a world out there where voices are being taken, and they’re deciding things for us that we don’t have a say in. For example, a bunch of men got together and decided that it was OK to take away a woman’s right to have an abortion.

There were no women on that board at all, because apparently, they were too sensitive. Of course we’re sensitive when it comes to our bodies because now some men, not all, think it’s OK that they can do whatever they want to us with no repercussions. 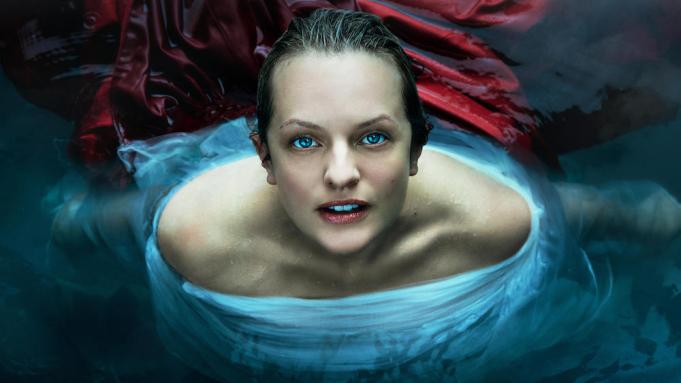 In the show, they do these things called “rituals” because the wives cannot get pregnant.
But if it walks like a duck and talks like a duck, it’s still a duck. So how are you going to call us a ritual when all you’re doing is having sex with women against their will once a month? And if they fight, they get beaten by the lady who’s in charge of all the women to keep them in ORDER!!!

This show teaches so much and it makes you look at the world from so many different perspectives. and I fell in love with it from the first episode. I’m getting ready to start the new season soon. But in season one, so much happened in June.
From being raped to having a name change to being beaten. But she found a way to survive; she adopted. And think about it in life.

When you’re put into situations that you can’t change, you adapt. But maybe if we stayed stronger, we wouldn’t have to adapt and our kids would not have to come into a world where it’s OK for somebody to do something to them even though they have said no. I hope the world never comes to this, but if it does, I’m taking my kids and I’m running and not looking back.
Because right now they don’t have a voice, we are their voice. The show teaches you so many things, and it is an amazing show, and I highly recommend it.
June shows so much strength and the words I can’t find. I love this show.

It’s a 4-star in my book but watch for yourself. I hope you like this review 🙂