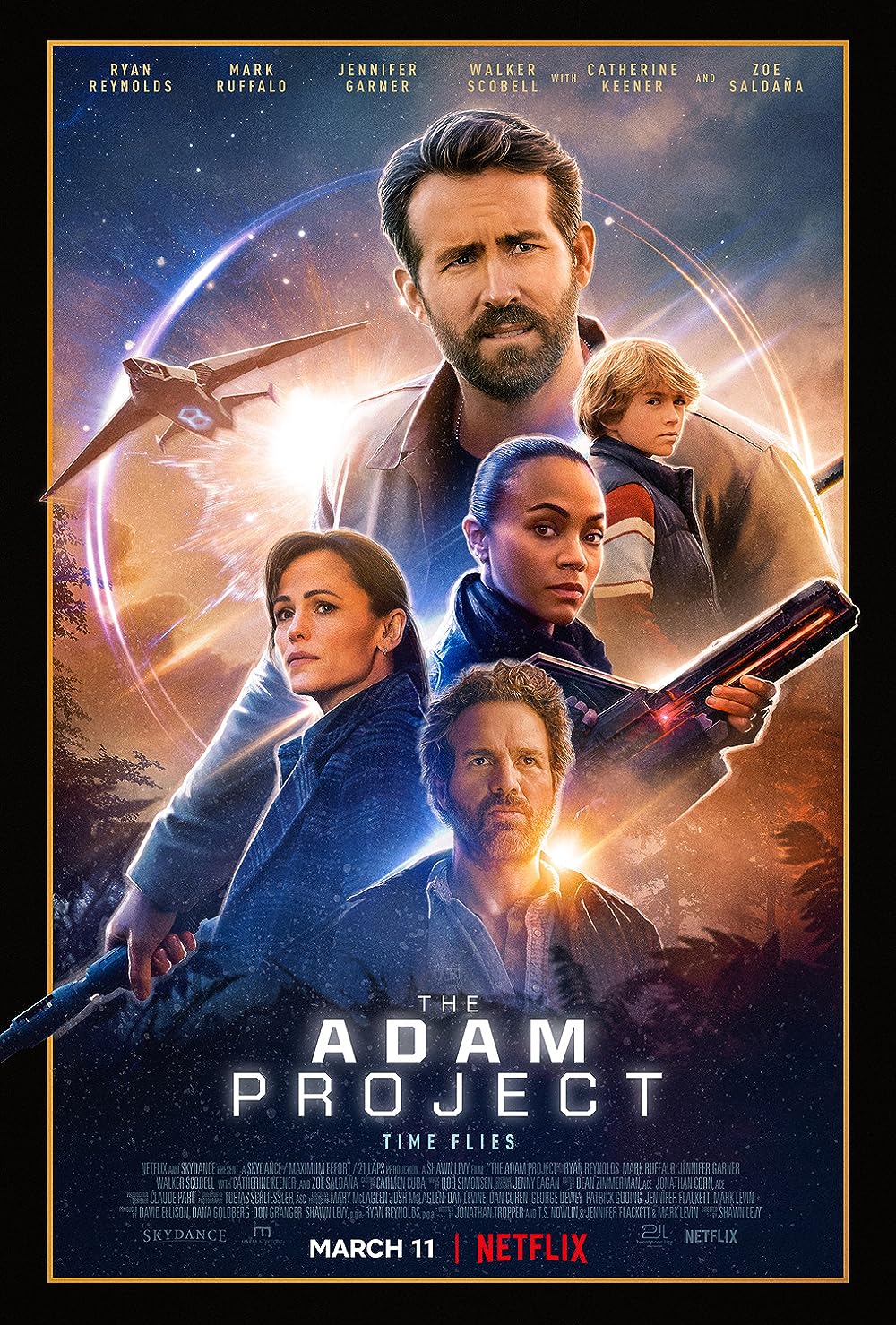 Director Shawn Levy teams up again with Ryan Reynolds to give us his next film The Adam Project. It is a science fiction action film that is heartwarming and full of adventure, and has some humor as well.

The plot of the movie sees our main character Adam Reed played by Ryan Reynolds who travels back in the past to find his missing wife, but ends up in the wrong time. He teams up with his younger self, and together they must escape an enemy who is determined to eliminate them at all costs before they unravel a sinister plot.

This one is more focused on action and grit than the previous project Free Guy. There is some humor to alleviate the tension when it is needed, but for the most part, this is a more serious film. It more so explores the fact of having a second chance of making things right, which our main character seizes upon. Of course, there are rules of the actions taken in the past can affect the future, but as it turns out, the timestream has already been messed up, so what our heroes do really don’t have a negative impact. I loved the fact that this film was more family-oriented, and there will be moments you will want to have tissues nearby. Especially in the ending scene that sees everything returned to normal, but at a cost.

It seems that both Levy and Reynolds are an instant hit any time they make films together, and it comes to no surprise that they will be collaborating on the third Deadpool film. The Adam Project is an enjoyable offering as it will have your attention and for those who like time travel movies, they will gobble it right up. It is currently streaming on Netflix if you want to check it out!