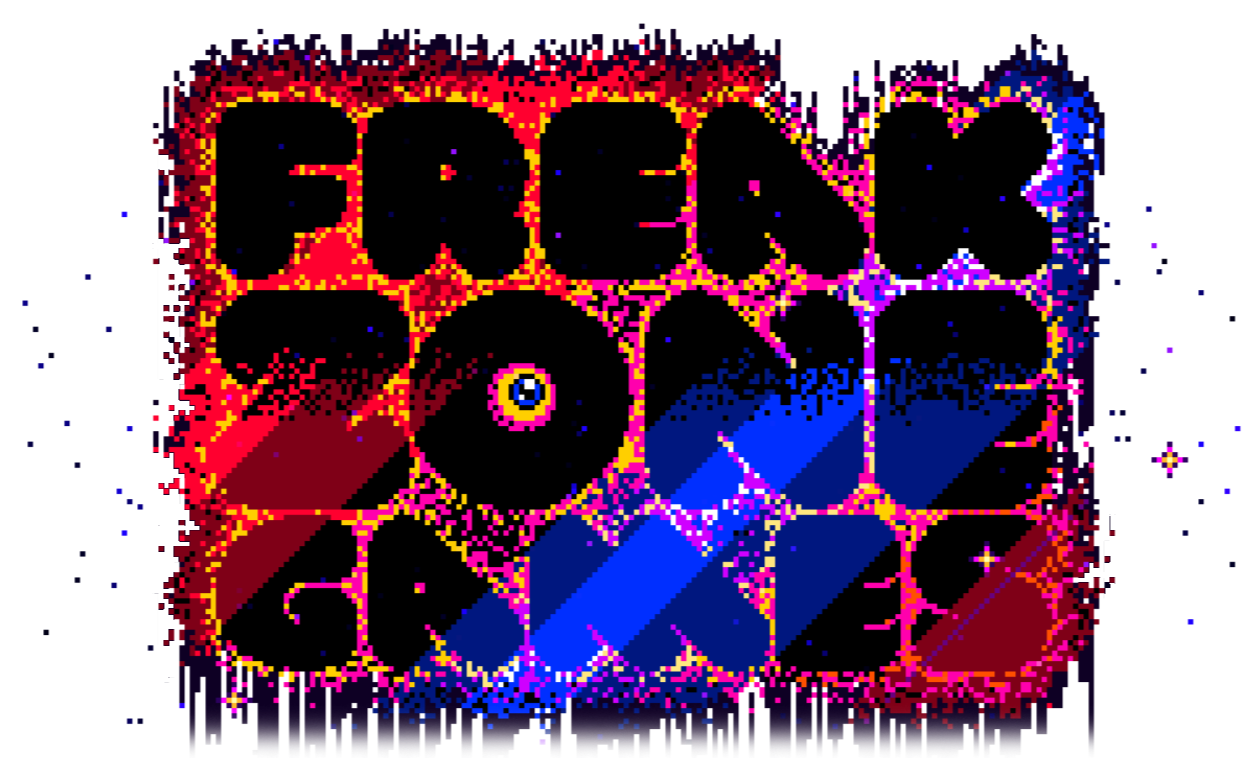 Q1:  So I’ve been playing your new game “Spectacular Sparky” and I had an amazing time, How did you come up with the idea of a space bounty hunter bunny?

A1: Early on I had the idea of a game where a character can fly by ‘flapping’ in a sort of endless double-jump, almost Flappy Bird-like, but while also firing a gun. The concept was called “Flap’n’Zap” in early stages – But I felt that making a game about a bird character was so overdone by this point, mostly in the mobile space but Angry Birds, Flappy Bird, Tiny Wings and the endless ripoffs of said games really turned me against the idea of using a bird or winged character, but Cream the Rabbit from Sonic Advance 2 came to mind, as well as Klonoa, rabbits who fly with their ears! Since he also had a gun, the bounty hunter part just sort of came naturally. It was originally planned to be more of a space shooter but after a lot of testing everybody felt the flapping mechanic worked better when there was ground to land on, but we kept the space aesthetic.

Q2:  I noticed quite a few references in the game, Some of them I believe are “Bigger than a battleship!” Do you enjoy putting inside jokes into your games? I noticed a few I believe are “Nerd” related.

A: Yeah! The Giant Claw reference is a running joke in FreakZone Games now. It first appeared in MANOS: The Hands of Fate in another bad movie reference, then it showed up in dragon form in Angry Video Game Nerd Adventures, and as a Kaiju in the Deluxe version of AVGN2. I brought it back a third time for Sparky purely to keep the gag running! There are also references to many classic SEGA games, the old UK Sonic The Comic, other FreakZone games, bizarre things like UK TV comedy and even a cameo of Mentski’s face which some people will recognize.

Q3:  Speaking of a nerd, I know you worked with screenwave media & worked on making the AVGN adventures 1 & 2. How was it working with James & the Screenwave team? They seem like good people.

A: Originally the AVGN games were made with ScrewAttack but after their merge with Rooster Teeth, Screenwave took over the rights to the games, which allowed both myself and the guys at Cinemassacre to go back to them and make improvements we might not have had the time or option to do originally, as well as to apply what I’ve learned since. Everyone at ScreenWave, Cinemassacre, and ScrewAttack before them, were loads of fun to work with, and everybody wanted to make the best game of the Nerd we possibly could.

Q4: My favorite art desgined boss ironically is the one who killed me the most, “Four Forarms.” What is the process for making and styling the boss fights? 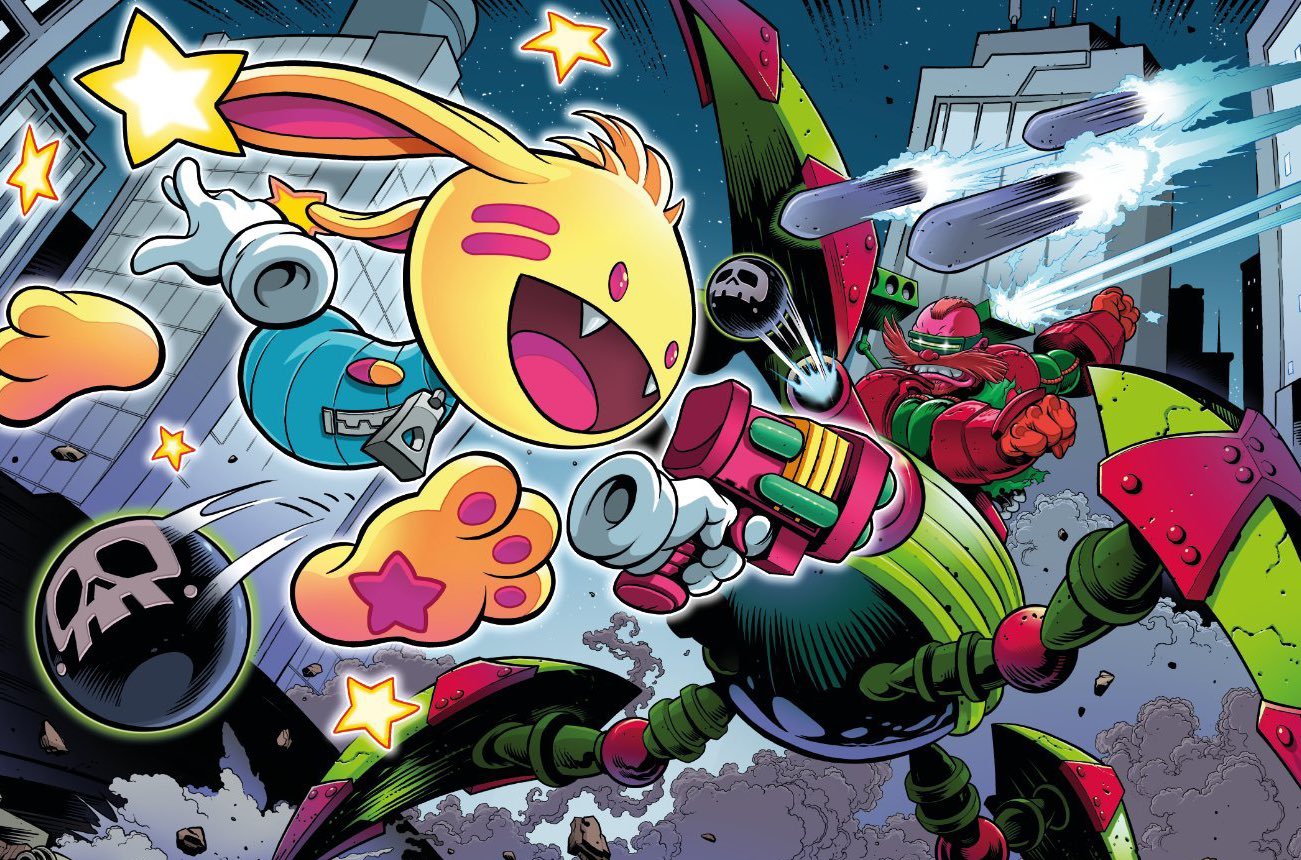 A: In Sparky a lot of the bosses were based around the idea of what kind of patterns and shapes I could make with multiple sprites, like they used to in the old Mega Drive days. Four Forearms was a great exercise in animating using sprite rotation from the joints. Some parts use Unity’s animation system and others use math. Four Forearms is animated with a combination of math (for the breathing and up/down movement), sprite rotation pivoting at the joints (for the arms and legs) and physics joints (so his legs and knees bend correctly based on the position of his feet). Melon Head was fun because he actually moves in 3D space, but his sprites are kept flat, giving the appearance of when 2D games faked 3D movement. It came down to what sprite animations and movements look cool and also provide a fun pattern and challenge for Sparky’s moveset.

Q6: Is there any trouble/challenges with porting games to other systems?

A: There’s not much I can say as signing up to get any dev kit comes with a Non-Disclosure Agreement, but for the most part the Unity engine makes porting a lot easier than it would have been in the past!

—-
Q7: Not long ago you made a “Let’s Study!” video where you talked about some game aspects of game design, Do you plan on making more videos like that to help other devs understand making games?

A: I think so, yeah! I hope to find the time to do more videos studying and/or playing games from a developer’s perspective, as well as streaming. With Anemoiapolis I just admired the game and its composition so much that I really wanted to play the game and show it somehow while talking about it, and dissecting it as a developer seemed like a fun way of doing it. I’ve actually learned a lot more about 3D and about Anemoiapolis itself since that video, and I hope to go back to it for another round when the next update comes out.

Q8: Any hints for upcoming projects? Games or youtube videos?

A: Something very big is brewing over at Screenwave, but I also have a couple of small projects still going too. I’ve been moving towards 3D games, but hope to keep the 2D stuff going alongside it. Knight Terrors will come to mobile eventually …and maybe MANOS might be making an appearance on a console or two? Watch this space!