Dr. Strange: In the Multiverse of Madness (Review) by AustinFreakingBrown

Welcome to my first review! This is Austin Brown speaking. Who am I?

First of all, I majored in 3D Animation for a digital art school called the University of Silicon Valley. When it comes to CGI effects, I would certainly consider myself an “authority” on critiquing Hollywood blockbusters and videogames alike.

I’m also a very avid fan of movies, video-games, and music! I would absolutely consider myself a HUGE fan of the Marvel Cinematic Universe as well. I was there in the theater when the first Iron Man came out and Robert Downey Jr. FULLY embodied the spirit of Tony Stark even in movie one.
I’ve certainly kept up with all the films and TV shows as well, good and bad. I think the only gaps I really have are the ABC TV shows, such as Agents of Shield and Inhumans. Everything else I’ve definitely enjoyed very much on a personal level. If anything, I think my personal least favorites would be Thor 1 and 2 and Iron Fist. Every other movie or TV show I’ve seen I have at least had a great deal of fun with them, even the movies and shows that are not necessarily as legendary as the others!
With all of that context out of the way, let’s circle to the movie at hand: Dr. Strange 2! I suppose it’s appropriate to explain what I think of Benedict Cumberbatch’s take on the character before I go in-depth about this movie. Also, I will make sure if I go into spoilers (which I will avoid if I can help it, because I WANT you all to see it without being spoiled at all), that I will give a proper warning beforehand.

In my personal opinion, he really fits the character of Dr. Strange VERY well. He started as a very arrogant surgeon (a similar arrogance to Tony Stark without the air of alcoholism) who thought he was absolute hot shit. Of course, the first movie showed a good arc of comeuppance in his transformation to the master of the mystic arts. By the end of the visual trip-fest that was the first movie, I was certainly on board with every future appearance he would make in each other films. ESPECIALLY in Infinity War facing off against Thanos. His growth in knowledge of sorcery and mysticism is well utilized in these movies, and I can always expect it to be a real treat whenever he shows up.

With that in mind, I was already excited for the sequel just based on his character growth and my appreciation for Mr. Cumberbatch’s portrayal as well. But then the real icing on the cake is Sam Raimi as the director. Not only did that turn out to be an INSPIRED choice, but he absolutely brought a LOT to the table to make this movie SUCH a fun and exciting journey to be a part of.
The thing that’s really bizarre, however? I notice a lot of folks on the internet not only saying this movie is “not that good”, but I even see a LOT of folks saying that this movie is “bad.” I’m sorry, what?! Did we watch the same movie?!

I think the main note I see a lot is “the script.” Already, the moment that I hear that come out of any YouTuber’s mouth, or I read that in some comment section somewhere, I already know I’m dealing with “that fan.” Who is that fan?

The fan that really has suffered from “superhero fatigue.” The one who likely reads all the comics left and right, and will nitpick the movie to death in order to feel an air of superiority for how much they “didn’t enjoy” the movie they paid their time and money to see.

The older I get, the more that this “pseudo-commentary” becomes such a poisonous trite to come across. It’s a real shame to see such ingratefulness for a Sam Raimi directed visual spectacle that Dr. Strange 2 truly ended up being. Furthermore, the script is FAR from terrible. In fact, I’d argue the script was quite witty and the plot of the movie was pretty solid overall. Where are the complaints truly coming from? Did people TRULY despise this movie? Or do they just have tunnel vision of the various changed details that maybe they don’t agree with?

I suppose I enjoy looking at movies from a wholistic perspective. A movie has to have a high ratio of bad scenes in order for me to consider the movie a failure. In the grand scheme of scenes in this movie, whether they involve action, exposition, dialogues, etc, I felt like maybe 90-95% of the movie REALLY had me excited and having a very good time!

So what about the 5-10%? I suppose I can bring up a couple of issues that stood out to me. Though realistically, with the way this movie was structured, NONE of these points deterred my enjoyment of the movie that much at all. Or even if it did for a moment, the movie definitely won me over anyways.
The first one was the immediate introduction of America Chavez. The good news is that she LOOKS great, and the actress plays the part well, and has an AWESOME costume. However, I was certainly perplexed at first because it felt like she was doing “nothing” for the first few scenes she was in. I was already expecting her to at least “sort of” fight. Thankfully, the movie clarifies through her character arc and backstory that she does not know how to control her powers. With how the movie plays out, that made this nitpick essentially “fixed” and “established”, so this did not ruin the movie for me one bit. In fact, I definitely want to see more of America Chavez in the MCU based on how the movie played out!
The second issue I had was with the “Illuminati”. Trust me, it was AWESOME when they showed up. This comes with more of the idea that I expected “more” out of what this organization was supposed to be overall. If were to go into details about who is all included here, THAT would certainly be spoilers. I do not feel the need to, so I will not. To be fair though, based on the grand scheme of the “Multiverse”, I can certainly see other movies possibly expanding on this idea anyways, so no real harm came of this aspect of the movie.
Realistically, that’s about all I could really complain about! Not even that harshly either. In fact, any “harsh” criticism that comes toward this movie seems very undeserved considering my own experience. 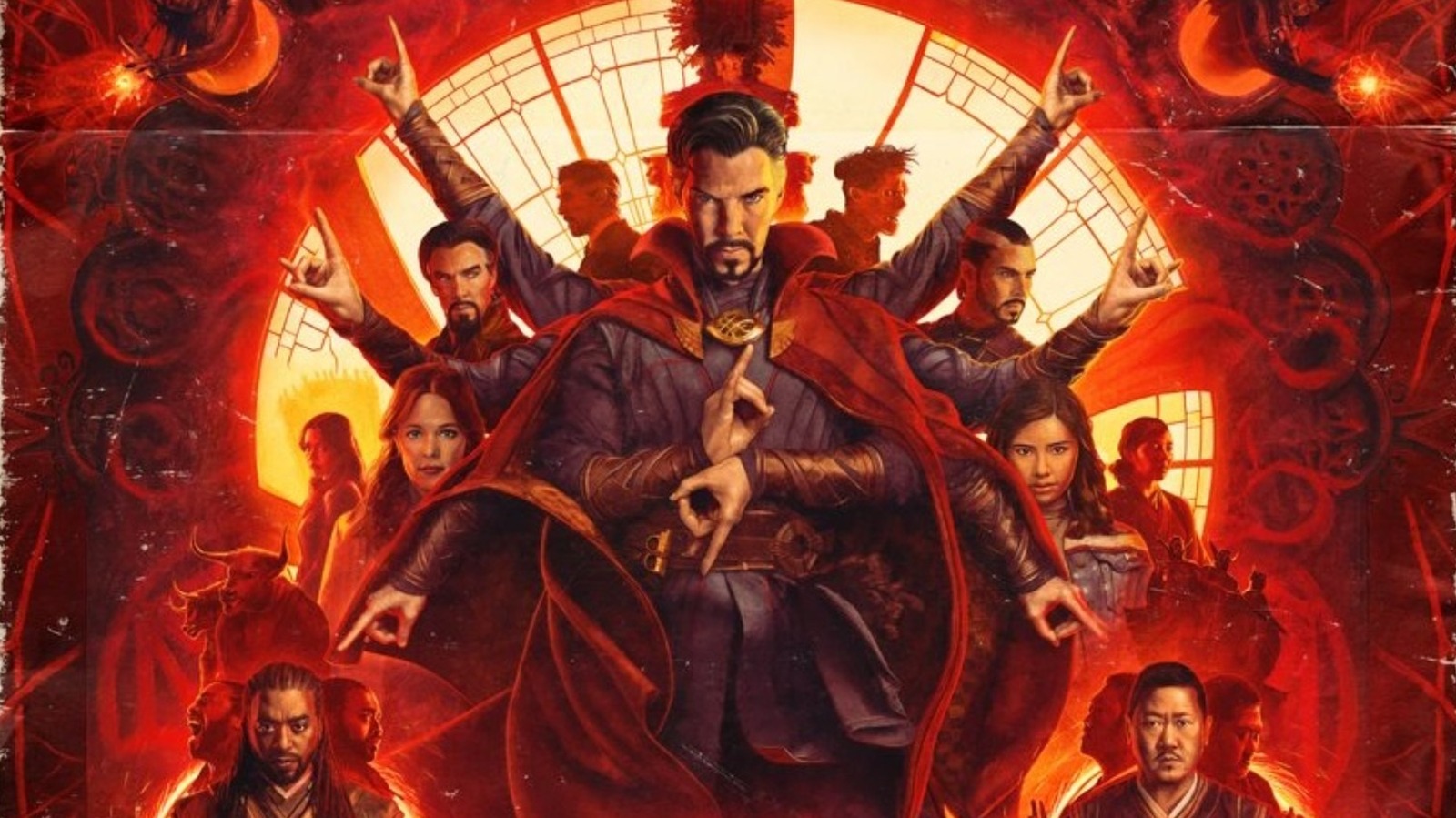 Speaking of experience, I saw this movie in the 4DX format as well. For those not familiar, this includes motion chairs, weather simulation, and great sound and picture. A movie like Dr. Strange absolutely thrives in this format and is certainly worth the price of admission to enjoy, as expensive as it can be for audiences. Other blockbusters like Jungle Cruise and other Marvel movies thrive well in this format, as well as the visual and narrative feast that was Dune! For those that can afford it, I recommend 4DX a good majority of the time if it is available in a theater near you.

If you hear anybody try to “criticize” Dr. Strange 2, or try to claim that it’s “bad”, I highly recommend taking those points with a MASSIVE grain of salt. In the grand calculus of the multiverse, the impact of this movie likely will be enjoyed by most. If anything, I’d be fascinated to see how badly this movie could possibly turn out in another universe. Maybe in the universe where somehow all the Marvel movies were directed by Uwe Boll. I’d have fun seeing that universe myself.

In conclusion, this movie is certainly another continually great entry in the Marvel Cinematic Universe. The consistent excellence these movies bring certainly makes me very happy to be a part of this universe. Let’s hope Phase 4 keeps up the great work!