I can honestly say I was hooked on the series before it even came out. I was big on The Simpsons as a kid, and fell in love with Futurama from the moment it aired, so it’s not surprising that the announcement of another Matt Groening series in 2018 caught my eye. And this one is set in the past!

Disenchantment tells the story of Princess Tiabeanie, Bean for short. Her father Zog, King of Dreamland, had arranged for her to marry the prince of a neighboring Kingdom, in order to bring wealth to their own. Bean, however, would rather make her own choices, following a path of day-drinking, gambling, drugs, and general teenage shenanigans. 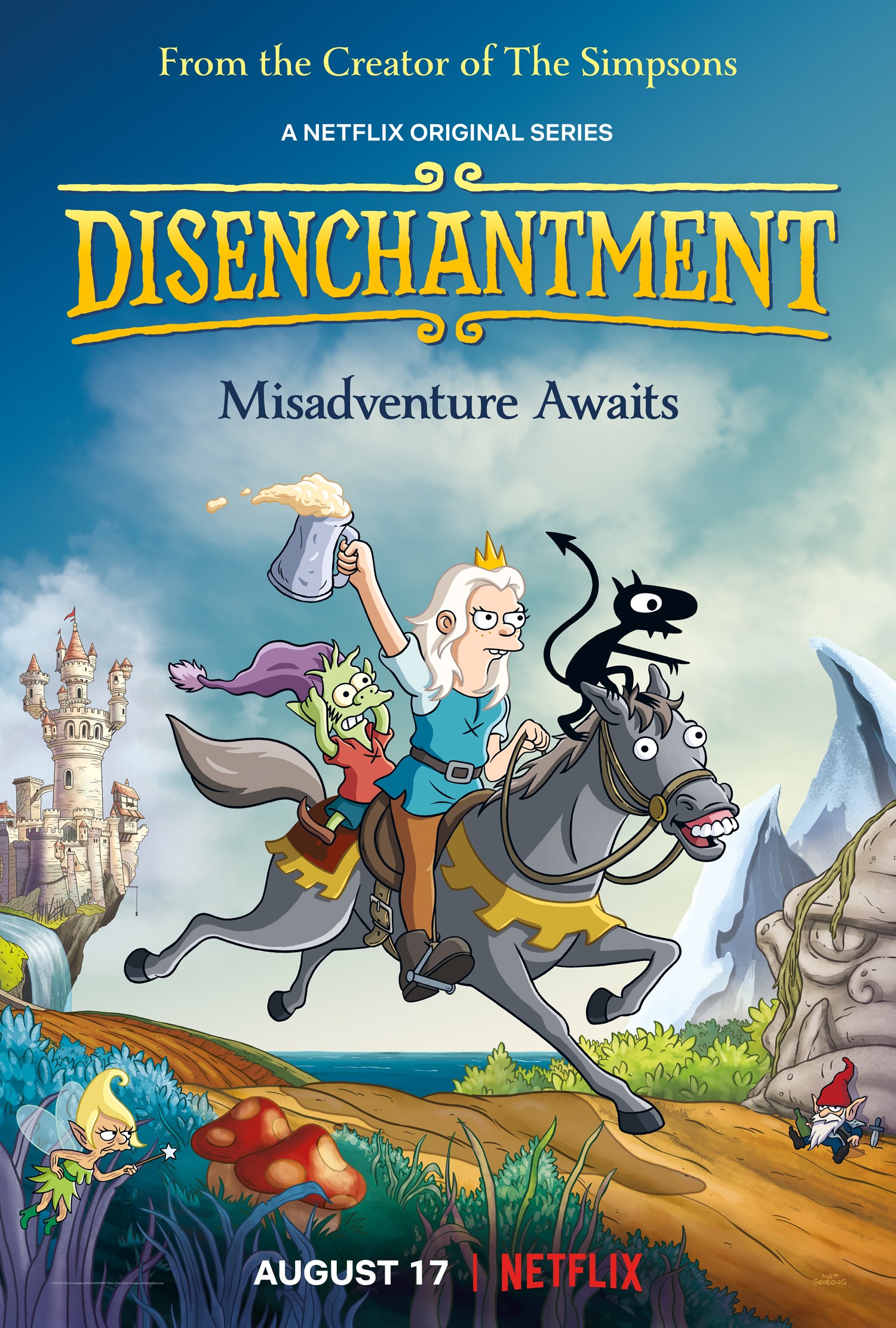 When the first episode started, I’ll be honest, I thought it was a bit slow at first, and worried I’d over-hyped my expectations. Boy, was I wrong. The music is catchy, the voice acting is amazing, the jokes are hilarious, and don’t get me started on one-liners. I still to this day have a Disenchantment quote for everything.

The character development is also amazing. Take Elfo for example. An elf who left home because people were too happy there. He starts off as an innocent little elf who likes music and wants to befriend everyone. As the show progresses, so does his attitude and vulgarity. His catchphrase, “Hi, I’m Elfo!”, never gets old, especially when he uses it while delivering punches to someone’s face.

Overall, I was expecting a 10/10 show when it was announced, and after having watched it (too many times to count), I can officially say it’s better than 10/10. So if you’re looking for a new show to watch, and you like Matt Groening’s humor and want to laugh for days, watch Disenchantment on Netflix. It’ll change your life.